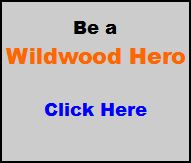 Monthly dues to the homeowners association (HOA) for the calendar year 2019 are $166. They are due on the first of the month. If not paid by the 15th of the month, a late fee of $30 will be added on.

Monthly dues can be paid online at;
www.cas-indiana.com
(To pay online at the link above, you will need your Wildwood Account Number located in your payment book) 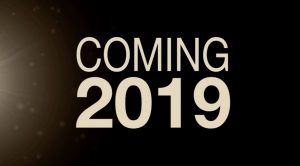 The Board decided to raise the monthly dues $1 a month for the update in 2019.

After years of fixing the old fake rod iron fence and spending thousands of dollars on repairs, the Board decided to replace it. This fence is on the property line of east Wildwood and Coffman Road properties. It is about half way finished. The cost was $30,000+. 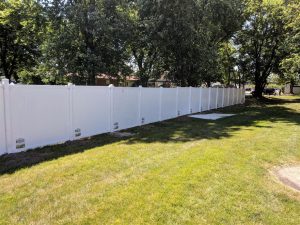 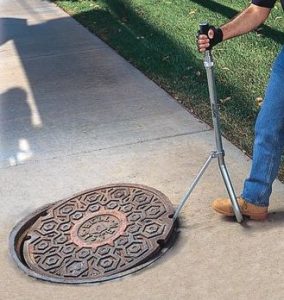 Because of water retention problems on Wildwood Court the Board of Directors decided to have the drain pipes Hydro Jetted. The cost will be $2,650. Upon camera inspection of the line (at no cost) it has been determined that 1200 feet of line needs to be cleared . Proposal is based upon 6 hours of service, cleaning sediment from 6 catch basins, and disposal fee.

The Board of Directors decided to have the address numbers on buildings replaced. The old ones are old, falling off or have disappeared.

The cost will be about $4,000 to the homeowners association. Estimate includes fabrication, remove of any old (filling of associated holes), and installation of new. 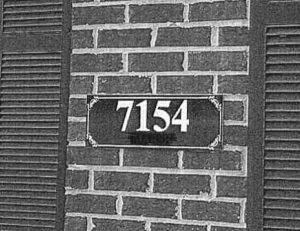 A sample that was given to the Board of Directors 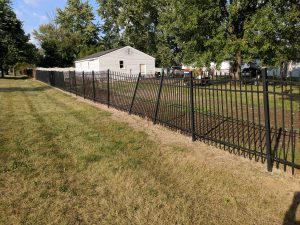 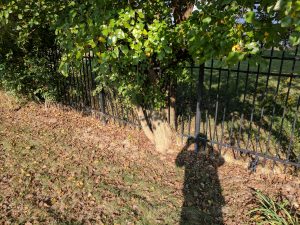 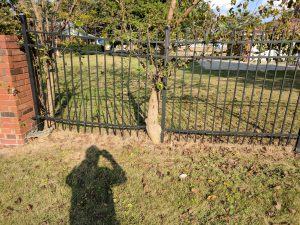 If you park on Oakwood Trail AND park on the grass, you can expect a knock on the door by our Safety Officers Jeremy Madriz and/or Jason Norman. 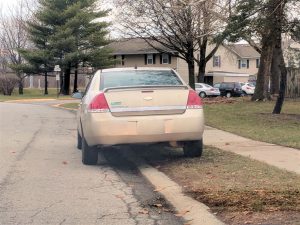 It is not legal to park on the grass on a city street (which Oakwood Trail is) and the Board of Directors do not want cars parking on the grass on any common areas. It destroys and makes the landscaping look bad and costs association money to repair.

Please keep your cars on the street.

Please do not park in yellow zones. 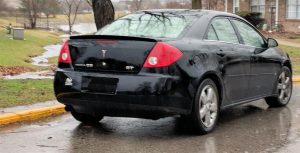 The entrances to parking lots are narrow and this can block traffic parked in reserved spaces.

It can sometimes make it impossible for emergency vehicles to get to their destination. It can also be a safety hazard.

The city picks up trash on a regular basis at Wildwood. The city does not pick up ANYTHING outside the dumpsters. 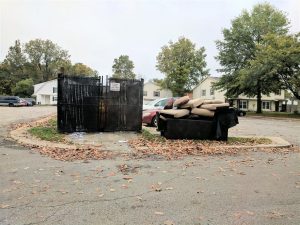 The home owners association at Wildwood pays over $1,000 a month to have a contractor pick up trash in all common areas and around the dumpsters. If there are items that are to heavy/big to put in the dumpsters the contractor will haul them away BUT charges the association an extra charge for this. These extra charges usually range from $100 to $200 depending on the size of the haul.

If you are caught putting items outside the dumpster and the contractor has to haul them away, the homeowner/tenant will be charged for the service. 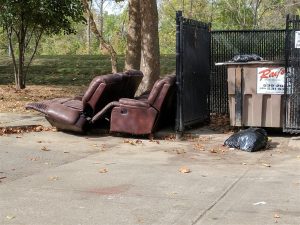 The Board of Directors at Wildwood work hard to keep our costs as low as possible. When we get unexpected costs for hauling away items it raises the costs for Wildwood and could have an effect on our monthly dues. It is unfortunate that all 156 homeowners at Wildwood will have to pay more because a few won’t dispose of their personal property properly. 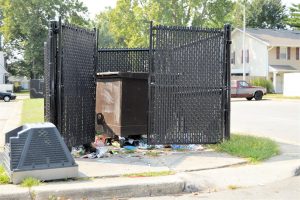 There has been numerous accidents with parked cars on Oakwood Trail. The Association can not be responsible for any damage. 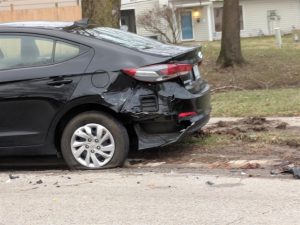 Wildwood was built so that there are two parking spaces for each unit. One is reserved for each unit and one is a first come first served space. (There is only one parking lot where this is not true.)

The Board of Directors does not tolerate cars parked in yellow zones. This can interfere with emergency vehicles. If you park in a yellow zone be prepared for a knock on your door by our Courtesy Officers.

Also…cars are not allowed to park on grass areas. This has ruined a lot of grassy areas and the Association has to pay to have these areas reseeded and repaired.

There were three homeowners that attended our meeting on February 21st at 6:30 PM in our Clubhouse. All Board members were present. Jeremy Madriz and Jason Norman, Wildwood’s Cutesy Officers were present for questions from the attendees.

Elizabeth James, one of the homeowners decided that she would like to join the Board of Directors. The Board approved her joining the Board.

The meeting was adjourned by 8:00 PM

There is nothing new on the Ryan Goss case. Crime Stoppers put out the following bulletin on Oct. 18th. Apparently they have a person of interest they are looking for. 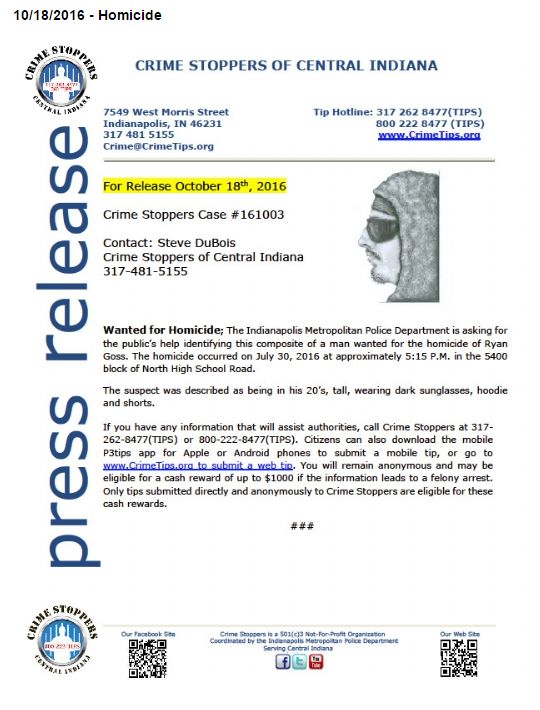 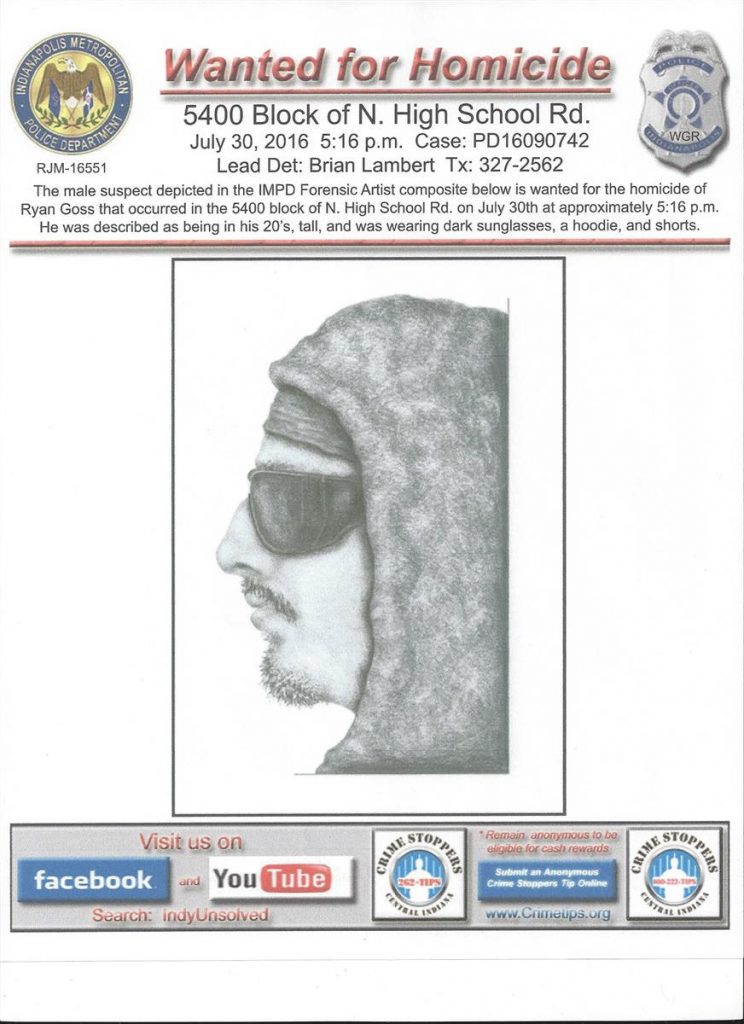